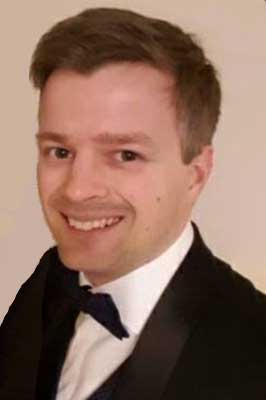 Stephen grew up as the second son of a preacher man in Thomas Hardy’s Dorset on the Jurassic Coast on the South of England. He studied medicine at Imperial College London, completing his foundation training in North West London. It was at Hammersmith Hospital where he first worked in Nephrology and Critical Care Medicine and it was love at first sight!

Two years in New Zealand followed with more Nephrology, General Medicine, and Medical Education at Auckland City Hospital and the University of Auckland. He returned to England in time for the Olympics in 2012 to start medical training in earnest. Acute medicine core,
and Intensive Care Medicine and Nephrology were undertaken in Bristol. Completion of specialist training was obtained in February 2021.

During these years there were many achievements: Watching the rugby world cup final live in New Zealand, completing the Pamplona bull run, Faculty of Intensive Care Medicine prize for best national performance in the fellowship exam, arranging and getting reported a GA MRI brain with contrast in a dialysis patient on a Sunday afternoon (it was normal).

His crowning achievement was marrying the long-suffering Zoe Holt around the waters of the Roman Baths in England in 2017. This was not only witnessed by friends and family but two-thousand-year-old statues of Roman Emperors past.

Outside of medicine life has been active with interests in football (or soccer if you insist), rugby, cricket, bird watching, hiking, and skiing. All through his training he has carried a key lesson from a senior colleague: “It’s very hard to be a good trainee, it’s easier to bake and people will like you more”

He is due to be working in Vancouver General Hospital from April 2021 to March 2023.